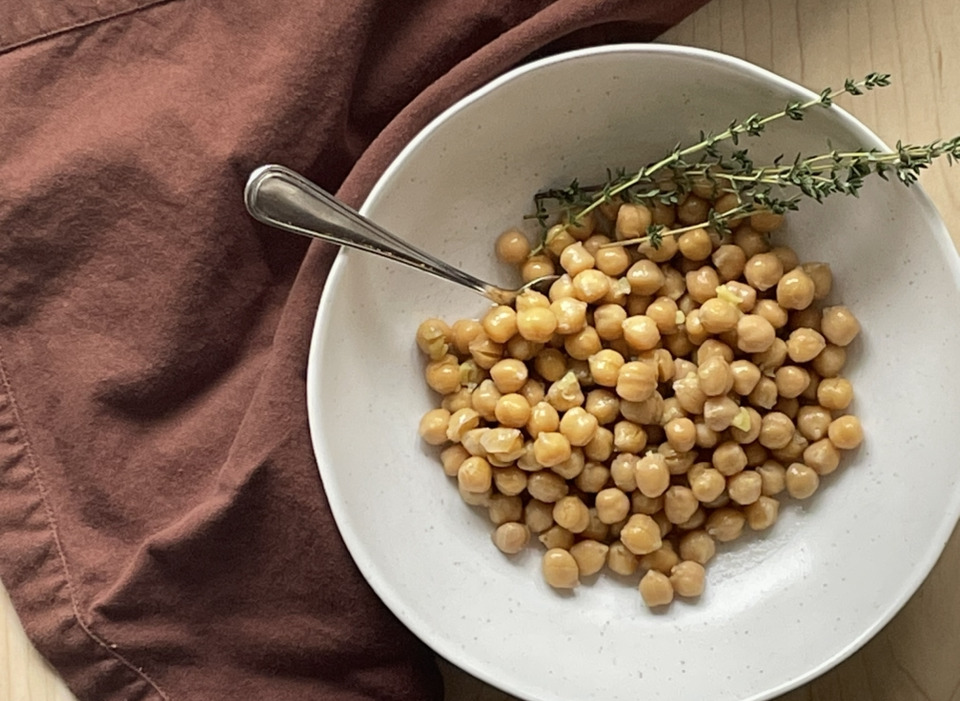 A long soak and a low braise makes miracles happen.

Like the Montagues and Capulets, Sharks and Jets, and Hatfields and McCoys, the opposing sides of legume cooks are legendary.

There are those who soak, and those who scoff smugly at the practice. Some will add salt to the braising liquid at the start, others, fearing a tough bean as a fate worse than death, will vehemently stay away from sodium enhancements until the final moments of cooking.

If you are a no-soak, no-salt cook, this is not the article for you.

I am a proudly patched-in member of the soak (and I soak a long, loooong time) and salt-from-the-start gang.

I wasn’t always a sworn member; like heart-broken Maria from West Side Story, for a while I enjoyed breathless affairs with dangerous liaisons – the no soak, no salt gangs. But the stolen moments left me heartbroken. Tasteless, hard, bland beans were the lovechild of those fateful unions.

A few years ago, in a quest to find my true Bean Tribe, I came across a recipe I have long since lost, and therefore can’t credit the chef responsible. A recipe that suggested cooking chickpeas with flavourful aromatics like carrot, celery, fennel – and most revolutionary, olive oil. It changed my bean game forever.

As years went on, I began tinkering with the exact flavourings, and increased my soaking time from the standard “eight hours or overnight” to an incredible 24-hour soak. Many-a-jaw has dropped at this full day method, outraged at the amount of time involved. To that I say, what time? You pour your beans in a bowl, cover them with water and go about your business. It’s not like you must carry them around with you.

A 24-hour soak results in a chickpea that, while still not cooked, has softened to the point where I can pierce one with my fingernail – ensuring beans that are uniformly softened and creamy.

Soaking now figured out, it was on to boosting the final flavour of the bean, which was still sort of lacking.

My flavour quest led me to leading culinary figures of multi-cultural influence: Rick Martinez, author of the Mexican cookbook, Mi Cocina, Nancy Silverton the legendary chef behind the Mozza Italian restaurant empire, Melissa Clarke, the popular NYT Cooking columnist, all on record saying salting from the start is the way to go. Like the song you’re thinking about suddenly coming on the radio, it was kismet.

The below recipe is the way I cook chickpeas now, and probably will forever. I covet the braising liquid as if it’s gold, repurposing the flavourful, gorgeously silky bean stock (ha! Bean stock – get it?) for luscious soups, sauces and even pasta sauces. Sometimes I make chickpeas just for the stock, it’s that good.

After years of trying different methods, I am quite sure this is among the best, if not at the top of list. Despite the lengthy soaking and braising time, it's largely hands-off, so don't let the time involved scare you away.

Makes: about 8 cups of beans and 2-3 litres of stock, depending on evaporation

How You Make It:

“ Everything was perfect and very personalized! We still talk about experience and how nice it was. Definitely memories our family will treasure forever.