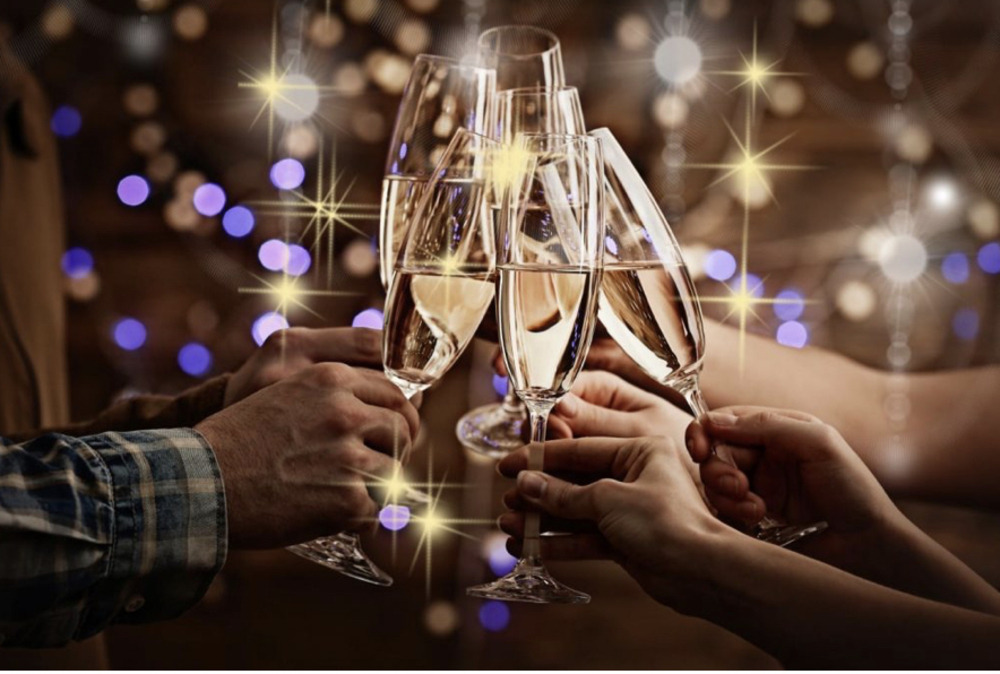 The French 75 is a as easy to prepare as it is elegant to serve.

Like all cocktails, the history of the how the French 75 came to be is a bit of a mystery. But, as I learned when I was a full-time journalist, never let the facts get in the way of a good story.

The one idea many cocktail enthusiasts seem to agree upon is that the Champage cocktail is named for the 75 milimeter gun used during World War One by the French army. After that, well, you can pick the story you like best.

Most popular recipes these days call for a mix of champagne, gin, lemon juice, and sugar. But I've never liked that combination. I love gin, I love bubbly. I do not like the two of them together.

Instead, I use the recipe that calls for cognac in place of gin, or brandy in a pinch. And there is some reporting that, in fact, the original recipe called for cognac – gin wasn't part of the mix at all. It makes sense to me: both champers and cognac are from France, and not only do they make for very tasty bedfellows, during wartime, it's highly unlikely gin would have been very readily available.

And here's where I like to add a little more colour. Please note this is simply my barstool musings and not at all well researched truth. But remember – facts have no place in good drinking tales.

I suggest the French 75 was a celebratory drink of the upper classes: the War was many years of hard times and low supply. Both during fighting, and after, while rebuilding a country suriving on rations.

Sugar, much less citrus, would have been a rare luxury in France, and what was available would have been acquired by connections and money. When living through hell, it seems all the more reason to pop some bubbles when the rare occasion presents itself. And if you can throw in some oppulent and scarce ingredients to really toast the good life, well, take that inch and go a fast and far mile.

Anyway, fast forward to today, and in the comfort of my war-free Toronto life, the French 75 makes a regular appearance at my cocktail hours. I love the classic recipe below, but I've been known to play with flavours to suit the season. Pumpkin spice in place of the sugar in the fall, apple cider instead of lemon and sugar during the winter, even Clementine orange as the chosen citrus over Christmas. Really, there in a ton of flexibility to this recipe that is only limited by your imagination.

I rarely use Champagne for my sparkling wine cocktails. It's just a little too flush for my British-German sensibilities.

Instead, I go for inexpensive, but top-quality, Crémant – French bubbly that's made in the same style as Champagne (ie the Traditional Method – you can learn more about the differences in this video), but is produced in regions outside of Champagne.

Some recipes call for gin – and indeed these days that seems to be the spirit of choice. I much prefer the warming smoothness of Cognac or brandy as a base to this elegant bubbly cocktail.

Into a shaker filled with ice, add cognac through lemon juice. Shake until well chilled and strain into a Champagne flute. Top with chilled bubbly and garnish with a lemon twist.

“ Erin did a fantastic job with our group. We all really enjoyed the day. I have already recommended The Wine Sisters for my company events, as it was such a great experience for us.

“ The Wine Sisters are professional and flexible to attend to client needs. They’re able to provide 'one stop shop for events.

“ Everybody had a ton of fun and we very much see this structure as a template we can use with clients and friends in the future.

“ You were great and hilarious, and made everyone feel comfortable. Appreciate your time with me and helping pull this event together.