How to Make a Classic Hot Toddy 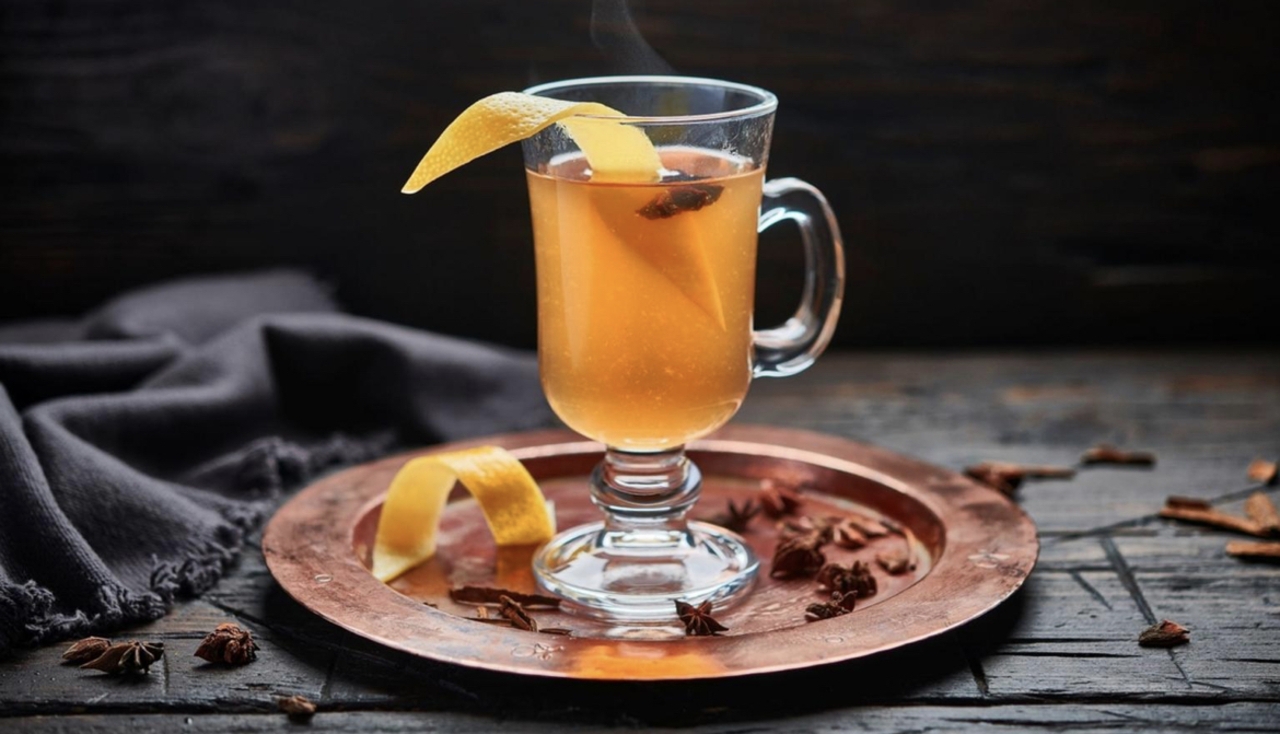 When the deep winter chill sets in, it's warm drinks to rescue.

To soothe the bone-ache of an icy deep freeze, there's nothing more soothing than the Hot Toddy – a centuries old, spiced whisky elixir that has a bit of a murky past, as all classic cocktails do.

Some believe it originated in 1700’s Scotland, where it was served as a celebratory drink for Christmas. Edinburgh’s pubs mixed Scotch with a splash of hot water sourced from Tod’s Well, hence christening the cocktail with its moniker.

Other stories suggest it was birthed in British-controlled India in the 1600’s. Apparently, the Hindi word taddy means “beverage made from fermented palm sap.” But, calling the sweetened drink a, “Hot Beverage Made from Fermented Palm Sap” didn’t have the marketing cache required to really catch on. So, Taddy it is.

As trade routes between India and Britain flourished, fragrant spices like clove and cinnamon became more common in the UK. British barkeeps took full advantage, adding them to the hot drink to intensify the flavour whilst warding off the damp of an English winter.

Fast-forward to today, and the Hot Toddy is a stalwart for cold weather comfort. There are variations: in Ireland they use Irish whiskey (natch) and call it a Hot Whiskey. The use of flavourful rum turns a Hot Toddy into a grog. I like to use bourbon, or bourbon styled whiskies, because I think the warming spice notes work beautifully with the intention of the Hot Toddy.

If you don’t want the addition of whisky, leave it out, and adjust spices to your liking.

As far as other ingredients go, I've also seen Hot Toddies bolstered by Earl Grey or lemon tea instead of water. Vegan? Swap out the honey for brown sugar, maple syrup, or agave. The beauty of a Hot Toddy is that it leaves much up to interpretation, Mr. Toddy does not command strict adherence. (Which is perfect for me because I have a physical repulsion to the word strict, and I think puritans are a bore.)

This is the recipe my mum made for me when I was a wee tot coming down with the sniffles. And yes, she did add just a thimbleful of whisky to break a fever. (I’m an 80’s free-range kid raised by a no-nonsense European. The Hot Toddy as bona fide medicine was a harbinger for my adult life, I’m sure.)

If someone in your clan needs to ward off all that ails them, or simply warm up after a long trek across the frozen tundra – or just from the bus stop – Hot Toddy can't be beat. If you are at all nervous about serving your young ones a hearty shot of whisky – though look how great I turned out – simply leave it out and adjust the spices accordingly.

“ Thank you very much for your services. Everyone had a fantastic time and loved everything! Thank you again for a successful event and making me look oh so good.

“ I’m really pleased with how the event went. Everyone feels really happy with your incredible hosting skills and experience. We all DEFINITELY want to use The Wine Sisters again! Thank you so much!!

“ You were great and hilarious, and made everyone feel comfortable. Appreciate your time with me and helping pull this event together.

“ Thank you very much for the amazing wine tasting. We all had the most wonderful time. The wines were excellent and your presentation was very entertaining and informative.

“ Everybody had a ton of fun and we very much see this structure as a template we can use with clients and friends in the future.

“ I wanted to thank you SO much for your tutored wine tasting! It was so much fun. You were both informative and hilarious! Each person said they would definitely recommend you to anyone looking to do a wine tasting!