It's Time for Icewine 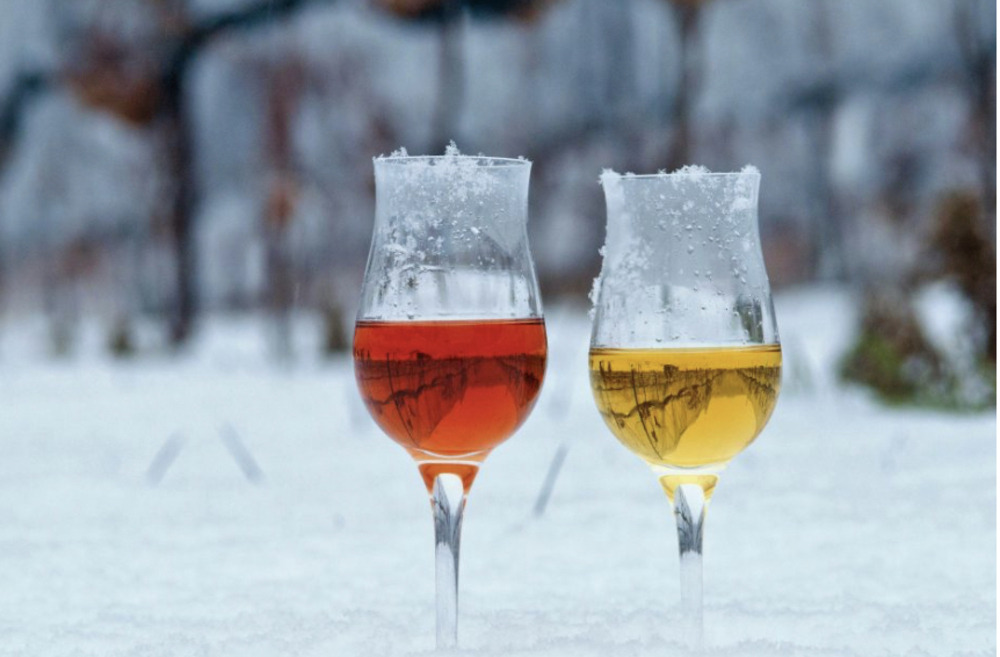 Despite enjoying a mostly mild winter, there have been a few days when frost has blanketed our windows, frigid temperatures have forced us to bundle up like that kid in A Christmas Story, and howling winds have caused serious debate on whether going outside to get the mail can be put off for another day – or month.

To us that means one thing: it’s Icewine season.

To celebrate the annual harvest, wineries across Niagara throw a month-long party that will see 27 wineries throwing open their doors to teach the public all there is to know about the wine that landed Canada on the serious wine map more than 40 years ago.

It’s no wonder there’s such hoopla surrounding the harvest.  Making Icewine is not for the faint of heart: everything from bad weather, to pests and animals, to disease & rot can ruin a winery’s crop (and income). Not to mention it’s an expensive and laborious undertaking.

Once it’s cold enough (as in, –12°C cold enough), winemakers are out, often in the dead of night to pick the frozen crop largely by hand.  By this time, the grapes are so withered, one entire vine will only produce enough juice for one glass of Icewine.  For regular table wine, a vine can produce about a bottle. Needless to say, to make Icewine, it helps to be a bit of a risk taker to endeavour in such a business.

Thankfully, many do – and their efforts have made Canada a world leader in Icewine production. It’s become so wildly popular that connoisseur's are willing to pay hundreds of dollars for a bottle, though it is possible to find a good selection for as low as $40 a bottle in Ontario.

Good Icewines are rich & luscious in flavour with pineapple, peach lychee, apricot, ginger and spice with racy acidity to keep them from being too cloying.  They’re delicious on their own, but lovely when paired with blue cheese, foie gras, roasted nuts and custard style desserts.

If you’re still wondering what the big deal is, here’s a few cold, hard facts:

This blog was first published on thewinesisters.com in 2012 and has been updated for clarity.

“ Erin did a fantastic job with our group. We all really enjoyed the day. I have already recommended The Wine Sisters for my company events, as it was such a great experience for us.

“ Bravo! You were awesome and I loved the presentation, explanation and selection of wines! I just had to reach out and thank you for a wonderful evening. You two are fabulous – great energy and you really like what you do.  You make tasting wine fun!

“ You were such an awesome host and I appreciate all of the work you put into it. Thank you so much again!