What’s the Difference Between Champagne and Sparkling Wine?

At Wine School we host a popular class called Sparkling Wine Exploration – a tasting of Champagne, Crémant, Prosecco, and Cava. Depending on what’s available at the time the class is hosted, we might also add in a fizz from Canada, the US, or Australia. Or if we’re feeling sassy, perhaps a Moscato d’Asti or Lambrusco.

There’s really no shortage of bubbles from around the world.

Obviously, Champagne is what catches the attention and adulation from most. History, mystique, status, and price all lure enthusiasts to Champagne’s charms. But what exactly is it, and how does it differ from other bubblies? 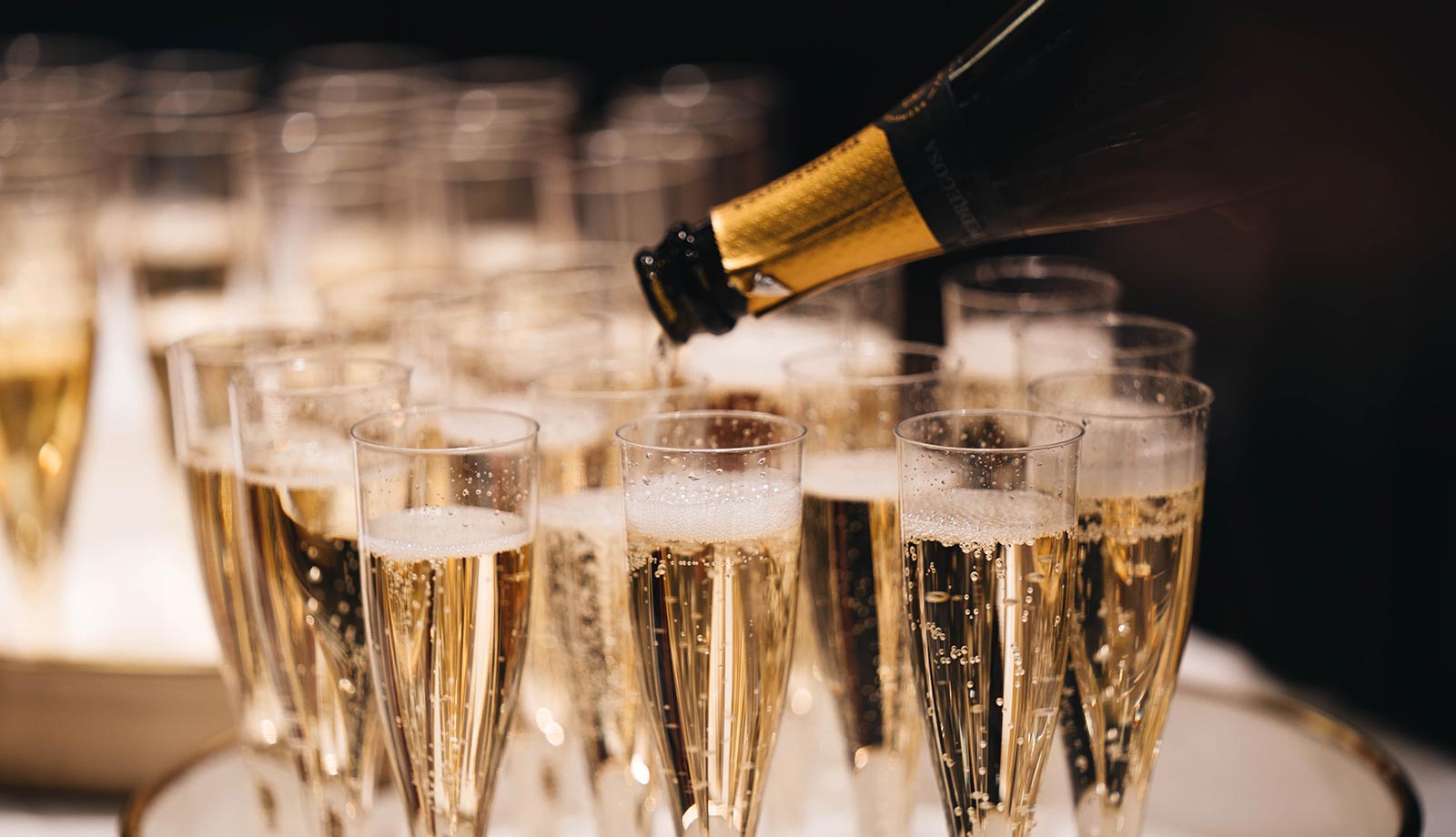 The definition of Champagne is secondary fermentation in the bottle. A sentence that simultaneously tells you everything and absolutely nothing.

Basically, when making Champagne, either one of, or some blend of, Pinot Noir, Pinot Meunier, and Chardonnay will be used. The wine is first made without bubbles, either in tank or barrel, and then put in the same fat, squat bottle you buy off the shelf. At this stage there are no bubbles, only still wine.

To the still wine that is now in the bottle, some yeast and sugar are added, and the bottle is sealed under crown cap, or what looks like a beer bottle cap. Yeast eats sugar to create more alcohol, and a little CO2. In the making of still wines, say Chardonnay or Cabernet Sauvignon, for example, that CO2 disperses from these tanks and disappears into the atmosphere.

But in the case of sparkling wine, because the bottle is sealed, there is nowhere for the carbon dioxide to go, so it stays in the wine, creating bubbles. Eventually the winemaker removes the crown cap and disgorges the yeast to clarify the wine, tops it up a little with some more wine and sugar, and then puts the cork and cage on the bottle.

This process – which admittedly I've simplified to its very basic steps – is known around the world as the Traditional Method. While wine regions obviously cannot call their bubblies Champagne (that’s a proprietary name that can only be used in the northern French region of Champagne), it is completely fair game to use the process the Champenoise have perfected over centuries. And many regions – including California, Australia, and here in Ontario – happily do.

Crémant, at its core, is simply French sparkling wine that is made in the same recipe as Champagne but from elsewhere in the country and with other regional grapes.

In France, there are there are eight AOC’s, or wine regions, that are designated as Crémant producing areas. Popular AOC’s in Ontario include Crémant de Loire (pink or white bubbly made from some sort of combination of Chenin Blanc, Cab Franc, or Pinot Noir and possibly a few other locally grown grapes), Crémant d’Alsace (same idea but with Pinots Blanc, Gris, and Noir, as well as Riesling and even Auxerrois) and, one of my favourite examples, Crémant de Bourgogne – a bubbly that’s made with the leading grapes of Burgundy, Chardonnay and Pinot Noir, and secondary grapes Aligoté and Gamay. Other regions are Limoux, Bordeaux, Jura, Savoie, and Die (a small commune in the Rhône-Alpes in the south-west of France).

Crémant ranges in style from simple and fruity, to deeply complex and crisp, and you can have a lot of fun tasting your way through the regions to see what pleases your palate.

These sparklers offer incredible value – well under $25 in most cases, and often under $20 – and can be dead-ringers for true Champagne, at only a quarter of the price. I often use Crémant as the fizz in my sparkling wine cocktails, as the quality and price are more forgiving to blending with other ingredients. 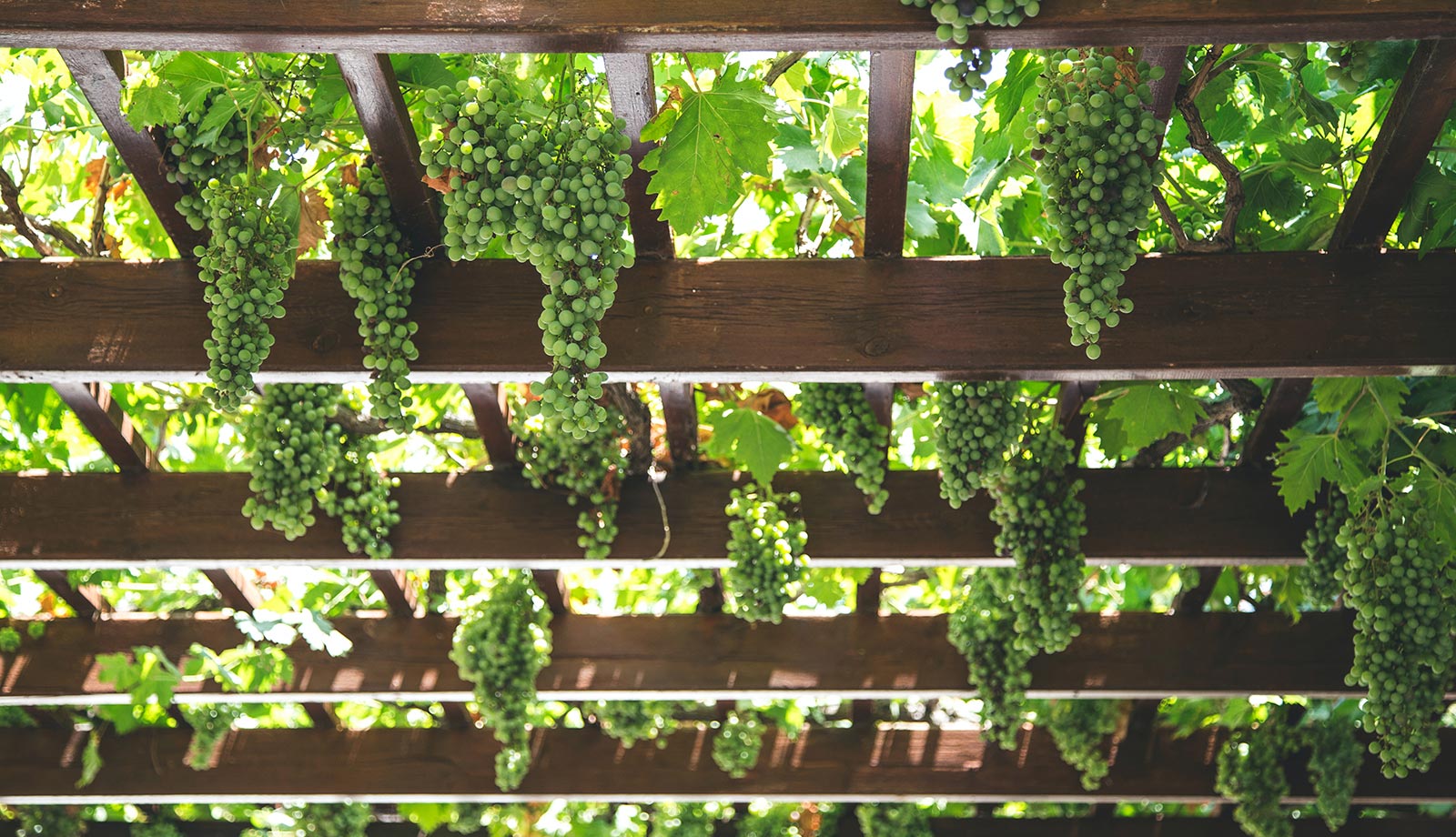 The global thirst for Prosecco has pushed Italy into the top spot for bubbly production with a whopping 660 million bottles made in 2020 – or 27% of the world’s share. Not all of that is Prosecco, of course, Italy also makes the lightly frizzante Moscato d’Asti, the back-en-vogue Lambrusco, and elegantly crisp Franciacorta.

But Prosecco most certainly makes up the lion’s share of Italy's production efforts – 500 million bottles made according to latest reports.

So what, exactly, is Prosecco?

Prosecco hails from the northern Italian region in the Veneto, about a 90-minute drive north-west from Venice, depending on who is behind the wheel. It’s a spectacularly green and lush area, pushing into the foothills of the Dolomites, with dizzying slopes so precariously steep and crumbly from volcanic soils that vineyards planted in the hills can only be picked by hand.

Glera is the main white grape here, and Prosecco was only made in white wine until 2020. Since then, regulators finally relented and allowed for a small production of pink bubbly, made from Pinot Nero – or what is more commonly known as Pinot Noir.

Prosecco is made in the Charmat method – a way to create bubbly in the tank as opposed to the bottle. It can sometimes be called the Tank Method, or Cuvée Close, as well.

Prosecco starts off the same way as Champagne: picking grapes at harvest as making a still wine. But that’s where the similarities end. Instead of pouring the still wine into a bottle and adding yeast and sugar, as Champagne’s Traditional Method dictates, the still wine of Prosecco is poured into pressurized tanks – some jaw-droppingly huge, others more demure, depending on the winery and the volume. Anyway, the still wine is poured into these tanks, the yeast-sugar combination also added, and the tank is closed tight to allow the yeast to get busy and create the bubbles.

After a few weeks (though one boutique winery I visited said it took three months for the bubbles to fully form in their tanks), the yeast has done its job and the wine is fully effervescent, and is bottled under pressure straight from the tank, separating the yeast out and keeping the bubbles intact.

Prosecco isn’t the only bubbly to use the Charmat Method: Lambrusco, some German Sekt, Asti Spumante, and inexpensive, fruit-forward wines from the US and Canada, among others, also use the Charmat method.

The Charmat Method is less laborious than the Traditional Method, and produces fruity, floral, easy-going wines with frothy bubbles. 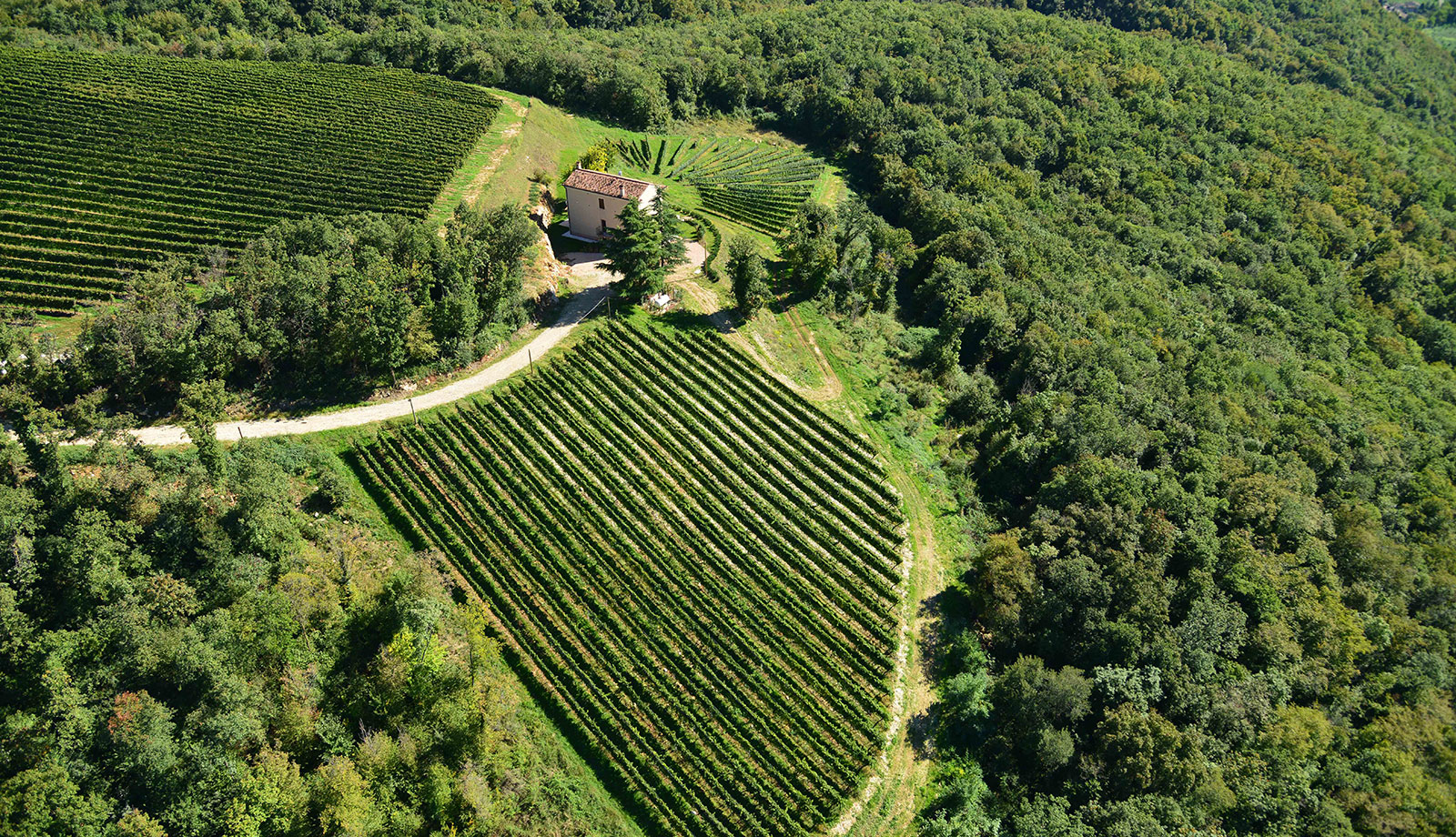 Cava is an exceptionally value-driven bubbly from Spain. And it's likely thanks to that cheap price tag that its also enjoying exponential growth in North America – good quality Cava in Ontario can be found for as little as $15 a bottle.

Cava can be made anywhere in Spain, but is concentrated in the Penedes region in Catalonia – just south of Barcelona on the coast of the Mediterranean Sea.

Cava uses the Traditional Method – the same production style as Champagne, but mainly uses indigenous grapes Macabeo, Parellada, and Xarello, though Chardonnay and a few other grapes are occasionally also used.

Many top-tier Cava can rival Champagne, for a fraction of the price. So why is it so much cheaper if Cava uses the same production methods? for starter supply and demand. Champagne is the industry standard, and enoys a legendary reputation. With that comes a price tag. As well, Cava has less expensive raw materials including land prices and grapes. Penedes enjoys a favourable southern, coastal climate compared to the challenging cool-climate of Champagne. And, in some cases, Cava might choose to automate or even reduce the aging process to speed up the time it takes to get that bottle to market.

Despite that, Cava is a bonafide quality sparkling wine that can be complex, interesting and food friendly.

“ You were such an awesome host and I appreciate all of the work you put into it. Thank you so much again!

“ I’m really pleased with how the event went. Everyone feels really happy with your incredible hosting skills and experience. We all DEFINITELY want to use The Wine Sisters again! Thank you so much!!

“ Thank you very much for your services. Everyone had a fantastic time and loved everything! Thank you again for a successful event and making me look oh so good.

“ I wanted to thank you SO much for your tutored wine tasting! It was so much fun. You were both informative and hilarious! Each person said they would definitely recommend you to anyone looking to do a wine tasting!

“ The Wine Sisters are professional and flexible to attend to client needs. They’re able to provide 'one stop shop for events.

“ Everything was perfect and very personalized! We still talk about experience and how nice it was. Definitely memories our family will treasure forever.